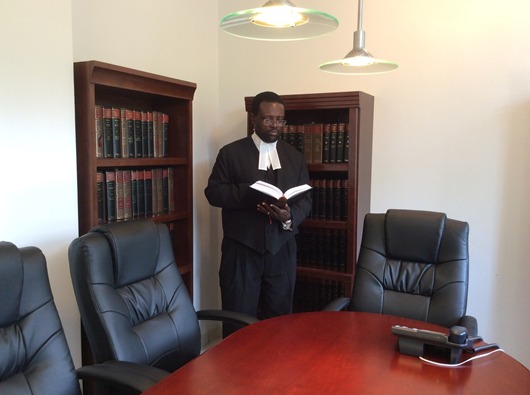 Chairman of the Board of Directors

Attorney David A. Penn is the Chairman of the Board of Directors of David A. Penn & Co. Incorporated.  He was called to the Bar of the British Virgin Islands in November, 2008, after obtaining a Bachelor of Laws Degree (LLB) from the University of the West Indies in Barbados in 2006, and a Legal Education Certificate (LEC) from the Eugene Dupuch Law School in Nassau, in the Commonwealth of the Bahamas in 2008.  Mr. Penn also obtained a Bachelor of Arts Degree (BA) in Business Administration (with a Concentration in Finance) and an Associates in Arts Degree (AA) (in Management) from the University of the Virgin Islands in 1994;  Mr. Penn’s practice areas are Constitutional Law, Administrative Law, Civil Practice and Criminal Law.

Prior to being called to the Bar in 2008, Mr. Penn worked for the Government of the British Virgin Islands where he held the positions of Budget Officer in the Ministry of Finance; Private Secretary to the Chief Minister of the British Virgin Islands; Assistant Secretary in the Chief Minister’s Office; and Crown Counsel in the Attorney General’s Chambers.   Attorney David A. Penn brings a wealth of practical experience and legal knowledge to these Law Offices.